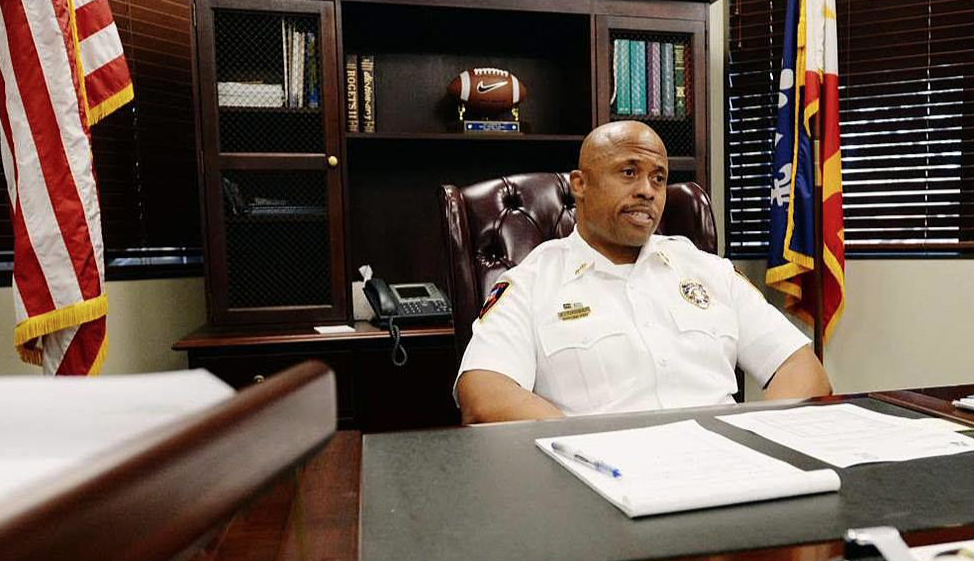 Posted at 04:28h in Lafayette City Marshal by admin

As a black man with nearly three decades in law enforcement, Reggie Thomas has a unique perspective about what’s unfolding across the United States in the week since George Floyd died at the hands of police.

Thomas is hoping to bring experience and perspective to the role during a turbulent time.

“I think my qualifications speak for themselves,” Thomas said. “And I think my transition from the city police department to city marshal is a natural one because I’m a leader in this community.”

Thomas attended Sunday’s peaceful rally against police brutality and racial profiling in Lafayette, not as a member of law enforcement or as a protester, but as an observer.

“I watched, and I was very impressed,” Thomas said. “I was so pleased it was peaceful and so many people came together.”

Thomas said there are three key things that need to happen in law enforcement agencies to prevent further police brutality against minorities. They include:

“Those three things are so important,” Thomas said. “I’ll be talking about that a lot more going forward.”

In February, Duson Police Chief Kip Judice also announced his intention to run for city marshal after voters elected Pope over him in 2014.

Pope was suspended from the city marshal’s office in October 2018 after he was convicted on three malfeasance in office charges.

C. Michael Hill, a retired federal magistrate and civil litigation mediator, was sworn in as interim city marshal to maintain order while Pope’s appeal works through the courts.

In his position as deputy chief, Thomas led the Lafayette Police Department’s day-to-day operations, overseeing a team of 289 and a $33 million budget. Thomas said he’s more than qualified to lead the team of 23 people in the city marshal’s office, which has an annual budget of about $2 million.

The top-ranking minority of the Police Department also served as interim police chief for several months in 2016 after the retirement of then-Chief Jim Craft.

He reorganized the department, appointed a team that solved several cold murder cases, increased diversity within the department and created a community relations committee.

“You have to force the officers to get out of the car,” Thomas said. “You have to make an effort to get out and walk in the community. By doing that, I would hear people saying they never knew they had such nice people in an area because every time they’re normally there, it’s to make an arrest.”

Although Thomas wanted to apply for the Lafayette Police Department’s top role in 2016, he did not at the time hold the four-year bachelor’s degree required for the position. Former Lafayette Mayor-President Joel Robideaux created the deputy chief position for Thomas in 2017, and Toby Aguillard became police chief.

Thomas has since completed his four-year degree, but city leadership has led to a number of changes within the Police Department.

Before Josh Guillory was sworn in as Robideaux’s replacement as mayor-president in January, he told Aguillard to either resign or be fired. At the last minute, Aguillard resigned with a $70,000 settlement from the city.

“I wasn’t going to take a demotion when I could retire,” Thomas said. “I just chose to retire and hopefully transition into another position where I can continue leading this community.”